What Are The Most Spoken Languages in Eastern Europe? 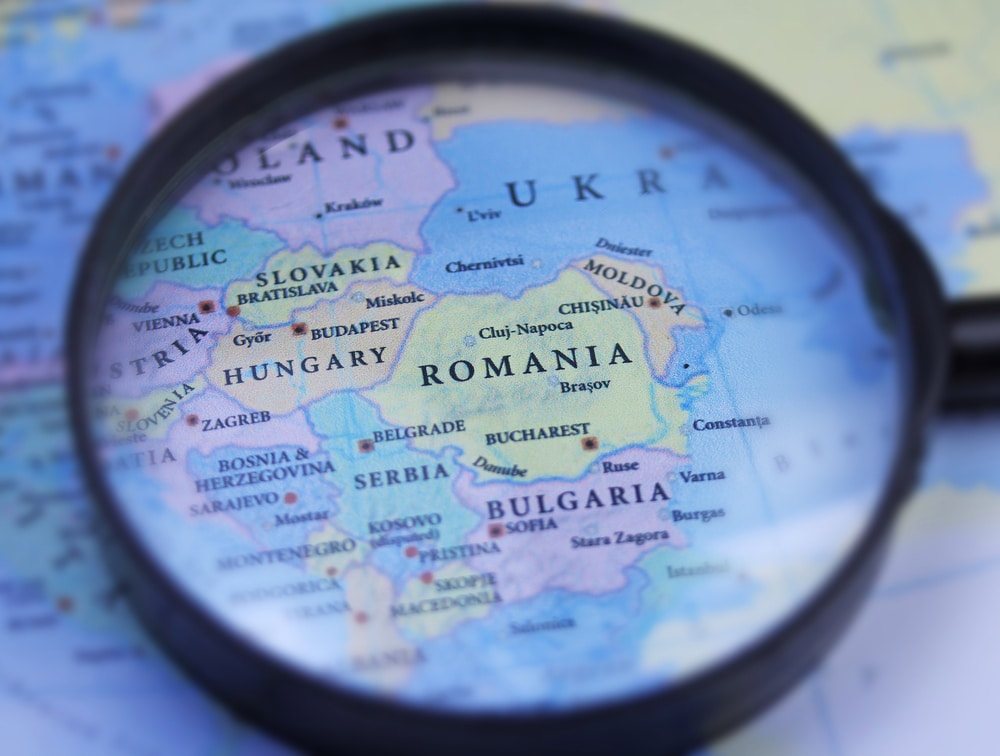 A law student with a penchant for all things aesthetic. I love reading, writing and exploring the best true crime shows. And if you don’t find me doing any of these, I might be finally finishing off my law school projects.


Ever wondered what the most spoken languages in Eastern Europe?

Here’s the gist – countries in Eastern Europe are very different from each other but still held together with an unbreakable thread of history and geographical demarcations.

Countries with different languages, ethnicities, histories, and traditions come together to make Eastern Europe. To make things a little easier, the most popularly recognized sub-areas of Eastern Europe include – East-Central Europe, Baltics, Balkans, and Eastern Europe.

A major part of the Baltic population has a different ethnicity while Russia is located so far east that there are many considerable differences from the rest of Eastern Europe.

In this article, we shall list down the seven most important Languages list in Eastern Europe in case you’re backpacking through any/all of these countries or expanding your business there.

These languages have handpicked carefully, keeping in mind the number of speakers, linguistic influence, history, and visibility. 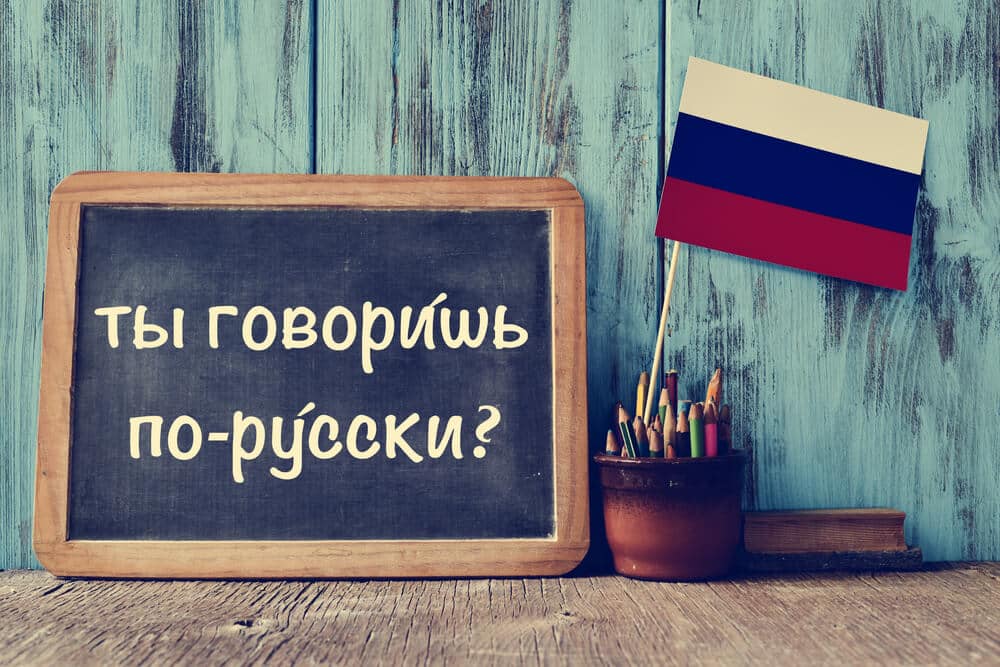 While it does seem a little peculiar to start from Russian, it is after all the most ‘Eastern’ European country.

This Slavic language, spoken in a couple of countries (namely – Russia, Belarus, Kazakhstan, etc.) and widely used in some others (Ex – The Baltic states of Lithuania, Latvia, and Estonia).

With such statistics, it comes off as no surprise that the language is the largest native language in Europe and the eighth-most spoken language in the world.

In fact, an estimated 258 million people in the world speak the language! A large number of speakers makes it absolutely important for Russian to be included in the list.

Written with the Cyrillic script, Russia was the official language of the Soviet Union, a former world superpower, until its dissolution in 1991. This is probably why the language is a huge deal on a global scale.

Onto rare achievements, the language is among the two official languages used aboard the International Space Station. The language is also intelligible to Belarusian and Ukrainian speakers. 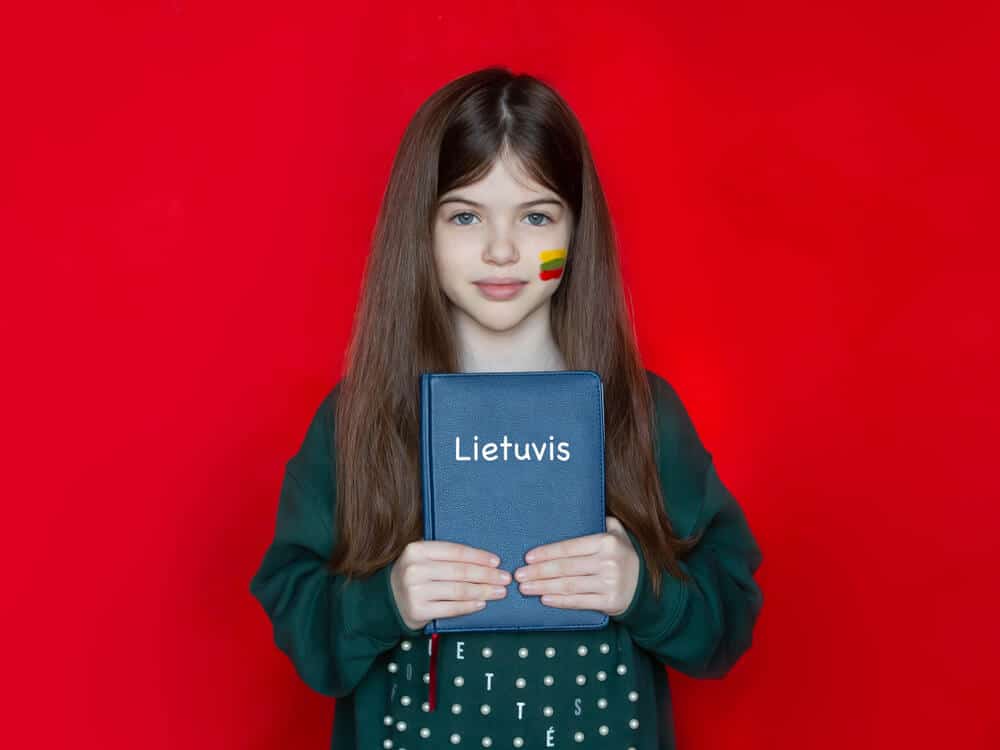 Spoken in the Baltic state of Lithuania, Lithuanian is also one of the official languages of the European Union. About 2.8 million native speakers and 200,000 people abroad speak this Indo-European Language.

The language is famous for retaining its archaic qualities and remains an important source for the reconstruction of other languages.

It’s the oldest Baltic language and its rich history is what makes it worthy enough for the list.

If you’re looking to visit the Baltics or setting up a business abroad, Lithuanian would be the language to learn.

The language has two separate dialects (Aukštaitija & Samogitia) one significantly different from the other, so different in fact, that they could be two different languages entirely! 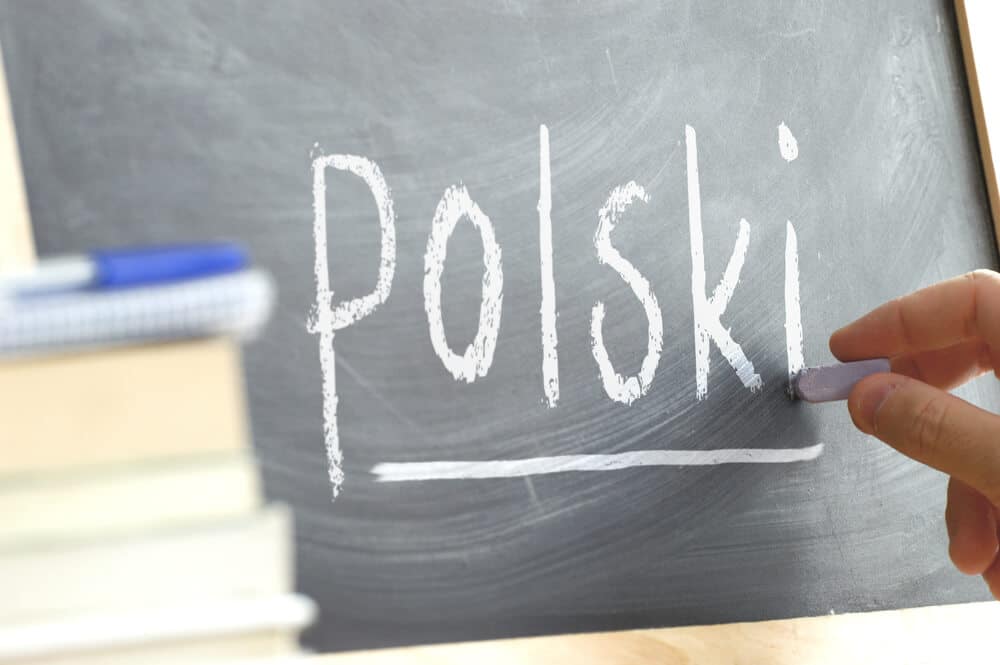 Polish, or popularly named Polski, is the native language of the Slavic-Lechitic ethnic group. It is also the official language of Poland and the European Union.

The language is written with the Polish alphabet and is heavily influenced by Latin, German, and other romance languages (namely – French & Italian).

Once upon a time, the language carried much academic significance in Central and Eastern Europe. The language is now widely spread across countries like Argentina, Brazil, Israel, the USA among others.

Around 38.5 million speakers have Polish as their mother tongue, while another half a million speak it as their second or third language. With such wide influence and scattered diaspora, Polish is one of the most important languages list in Eastern Europe.

With the sixth-largest economy in the European Union, Poland has a developed market with liberal economic policies. What’s more? The country’s economy has been growing for the past 28 years!

The country managed to pull through even during the European economic recession of 2007-08. Poland’s economic influence across Europe makes it important for Polish to be on this list. 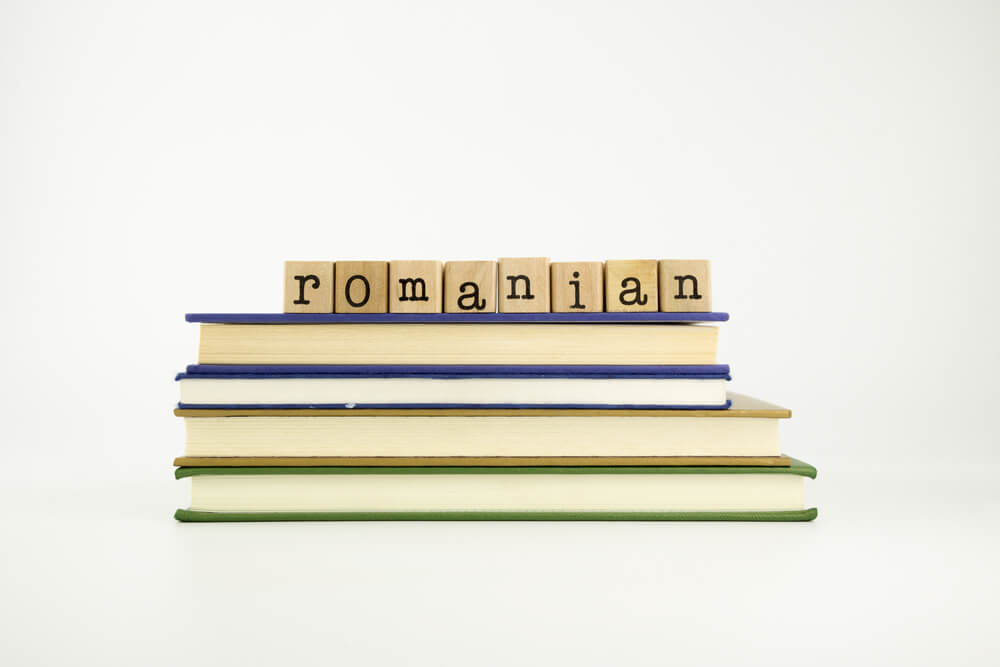 Spoken majorly in Romania and Moldova, this Balkan Romance language is the mother tongue to over 26 million people and the second language to another 4 million.

Due to its wide influence in two of Europe’s major countries, Romanian deserves a place on the list.  After much controversy, the ‘Moldovan’ language spoken in Moldova, held synonyms with Romanian.

Like other romance languages, Romanian descended from Vulgar Latin. The exact region of Romanian origin cannot determine but certain theories about the Jireček Line can help you find answers. 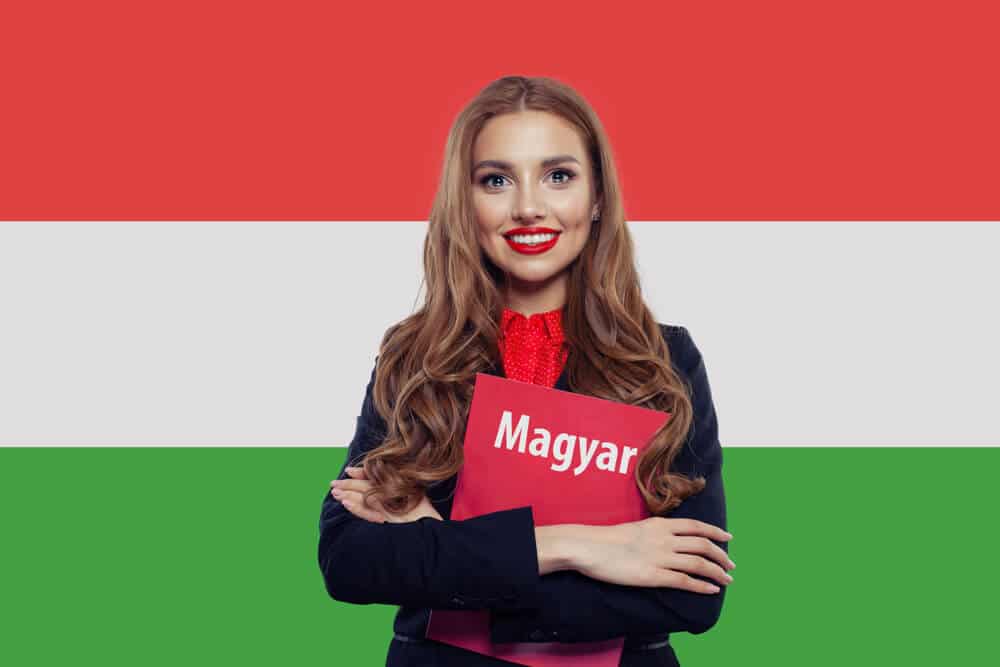 The Uralic language that stands as the official language of Hungary and the European Union, Hungarian is spoken by an estimated 13 million people worldwide.

The largest group of Hungarian speakers can be found in Transylvania, an area in the western part of Romania. Hungarian also has at least half a dozen dialects with all of them being mutually intelligible. Due to this diversity of dialects, spread across all of Europe, Hungarian scores a spot on this list. 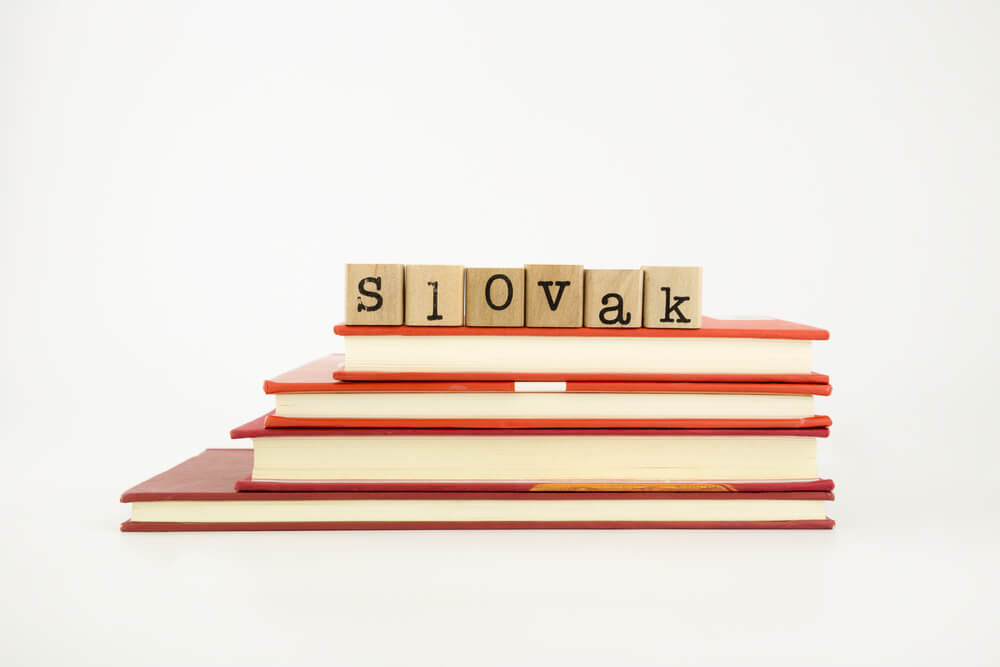 It is a Slavic language that serves as the official language of Slovakia and the European Union. The language is similar to Czech and Polish, so much so that they have a high level of mutual intelligibility.

Since Slavic languages are spoken across Europe, Slovak,  one of the more popular languages, with around seven million speakers makes a great addition to the list.

The number of dialects in Slovak outnumber those in almost any other Eastern European Language.

Spoken in the Eastern Baltic region, Latvian is the official language of Latvia and the European Language.

Around two million people in the world speak Latvian as their first or second language. It is similar to the neighboring language of Lithuanian but has had swifter development.

Estonian is a Uralic language, heavily influenced by Finnish. Peculiarly, Estonian is entirely different from Lithuanian and Russian.

It is spoken by an estimated 1.25 million people worldwide. The minority in Estonia speak Russian with certain areas having a Russian speaking majority population.

The most important languages in eastern Europe are related to each other in some another way.

And while they all have major cultural and social differences between them, it is one of the things that makes Europe unique to the world. If you’re going on a long (very long!) Eastern European trip, this article will help you out. Good luck!