What Language is Spoken in Israel? 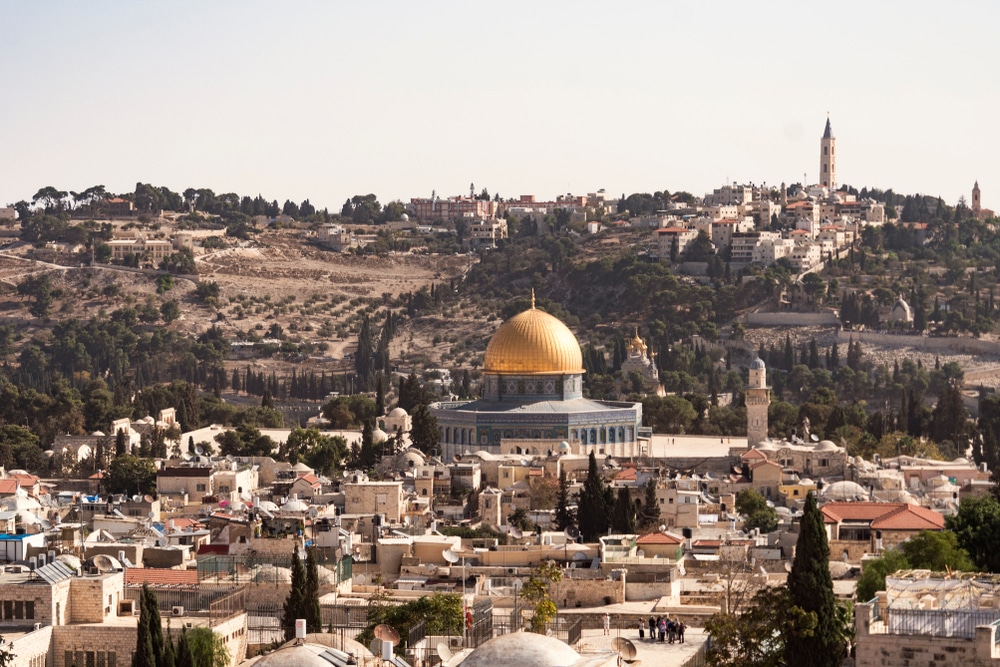 A law student with a penchant for all things aesthetic. I love reading, writing and exploring the best true crime shows. And if you don’t find me doing any of these, I might be finally finishing off my law school projects.


What language is spoken in Israel? The Holy land of three major world religions, Israel is a country located by the Mediterranean Sea.

Due to this religious and cultural diversity – the country has a huge variety of food, architecture, people, and languages.

Due to the British Colonisation and immigration, English is a widely spoken language in Israel.

The official language of Israel (after much controversies and conflicts) was decided to be Hebrew, the holy biblical language. Arabic was reduced to occupy a ‘special status’ in the country.

Also, a large section of the Russian immigrants in the country speaks their native language. Other minority languages include German, Yiddish, and Romanian.

In this article, we shall take you through the different languages spoken in Israel.

In the next few sections, we will explore the nuances and linguistic statistics of these languages.

Hebrew- the Official Language of Israel 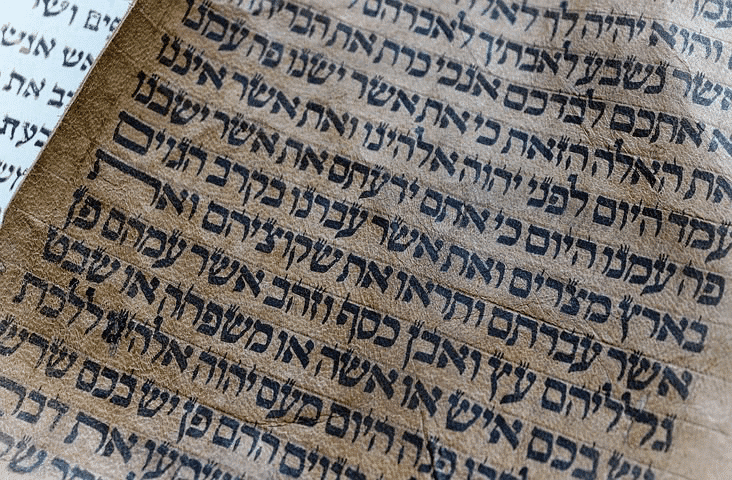 Israel’s stance on language policy has been under much scrutiny by the world. The much-debated law titled ‘Israel as the nation-state of the Jewish people’ officially declared Hebrew to be the official language of the Israeli people. As per Article- 4 of the same law, Arabic has been given a ‘special status in the state’.

The Jewish Zionist people aimed at the popularisation of Hebrew as a spoken language as opposed to other Jewish languages, especially Yiddish.

After making several attempts to propagate the language through schools, newspapers, magazines, and films – the efforts paid off. When Israel was formed in 1948, the government of the country adopted Hebrew as the de facto language of the state.

Not just this, the government also adopted a melting pot policy where every citizen/ immigrant was supposed to learn Hebrew as their first, second, or third language.

It is used by the government, public sectors, schools, universities, etc. This everyday language is spoken by around 53% percent of Israel’s population. In numbers, that is around 8.5 million Israeli people.

According to the Central Bureau of Statistics – Around 90% of Israeli Jews and 60% of Israeli Arabs are proficient in Hebrew. 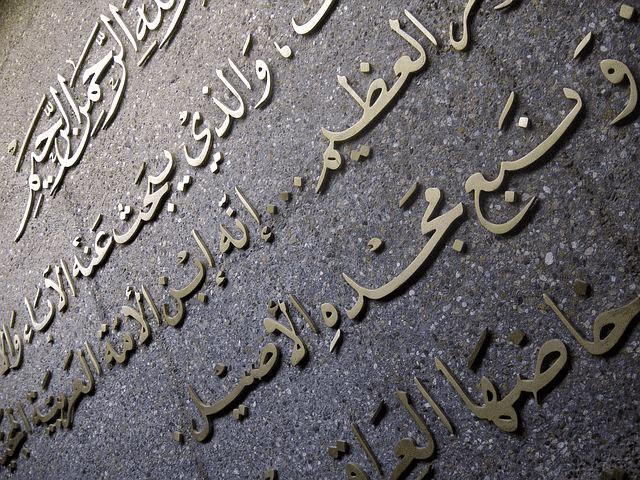 Arabic enjoys a ‘special status’ under Israeli law. It is the native language of the Israeli-Arab minority. About 1.6 million Israeli Arabs speak their native language but a majority of them are also proficient in Hebrew.

Similarly, a section of the Israeli Jews can speak and understand Arabic but very few can write it.

The Mizrahi Jews, who immigrated from Arabic-speaking countries were an older generation of Jewish people that spoke Arabic as their native language.

Due to the Anti-Arabic sentiments, initially, the Jewish people wanted to reduce the use of the language and hence, used it when it was absolutely necessary (e.g. Warnings on hazardous materials).

The scenario changed soon enough when the Supreme Court of Israel issued guidelines for propagating Arabic more extensively in the country.

In 2007, the progress finally bore fruit. An Arabic Language Academy was established in the state, much similar to the Academy of the Hebrew language. After the immigration of Jewish people from the Soviet Union, a large number of Russian-speaking population entered Israel.

While it is not an official language of the country, a whopping 20% of the Israeli public speaks Russian. That is around 1.5 million people speaking the Soviet tongue!

It is acknowledged as an important language in the state, with several schools and language courses to help promote the language.

These Russian speakers are regarded as educated and respectable as around 45% of the Russian migrants held a degree in one or the other subject.

Typically, the Russian speaking population can communicate easily in Hebrew (and some Arabic) but choose to speak Russian with friends and family.

This has led to them preserving their native language and unfailingly teaching their children the same.

Also Read: 7 Common Russian Translation Mistakes and How to Avoid Them

Little needs to be said about the influence of the English language throughout the world. Every major country must have a substantial English-speaking population to facilitate globalization.

At first, English wasn’t given much importance and most of the state’s diplomacy was governed by the French language. The reason behind the French use was the strong Israeli-French stronghold. When it started to crumble down, the United States replaced France.

Since then, it is the preferred means for diplomatic conversations and is the mandatory second language for both Arabic and Hebrew speaking students.

The Israeli public schooling system continuously stresses the importance of English in the modern economy. Due to the immigration from English speaking states, around 2% of the Israelis speak English as their native language.

As per Ethnologue, 84.97% of the Israeli population can speak and understand English, this is around 6.2 million people!

Israel has much diversity in languages. Each with its own history, speakers, influence, and importance. While the above four languages form the core of Israel’s linguistic affiliations, some other languages also occupy some space in the hearts and tongues of the Israeli people.

Romanian is another language spoken in Israel. The number of speakers, however, remains uncertain.

The Yiddish language – A German language with elements from Hebrew was banned from the country during its initial years.

It is often remembered as an effort to ’distinguish the Israeli Jews from their diaspora’. It is spoken by the Ashkenazi Jews from Israel. Around 2% of the Israeli population speaks Yiddish as their native language.

Similarly, German is spoken by 100,000 Israelis as their native language. There are still various German language courses available for the Israeli people.

With this, we shall conclude this discussion on Israel’s diverse linguistic affiliations. We surely hope you enjoyed the article! 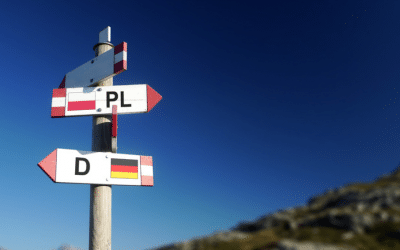 German VS Polish – How Different Are These Two Languages?

German vs Polish: There is a common misconception that Polish and German are very similar languages. Is it due to the...

END_OF_DOCUMENT_TOKEN_TO_BE_REPLACED 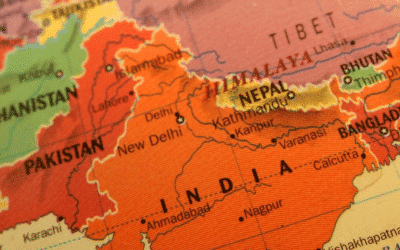 Most Spoken Languages of South Asia

END_OF_DOCUMENT_TOKEN_TO_BE_REPLACED 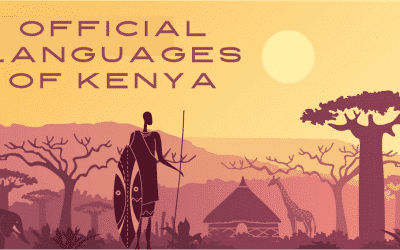 Have you ever wondered about the official languages of Kenya? Kenya is a multilingual country situated in Eastern...