7 Common Russian Translation Mistakes and How to Avoid Them 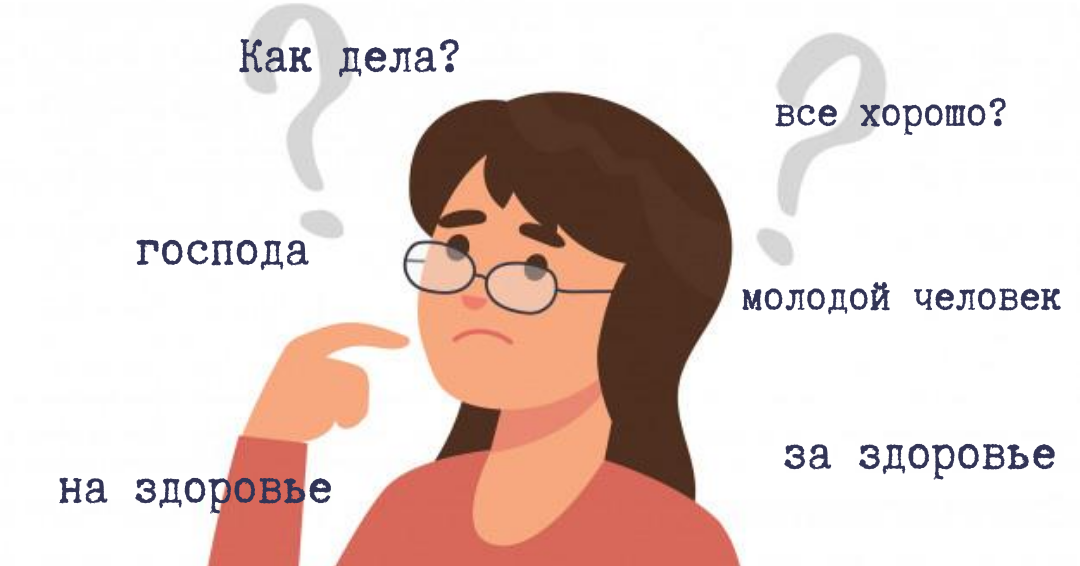 What’s more, there are more than 8 million Russian speakers in the US, Canada, Australia, New Zealand, and Germany and nearly 40 million language learners worldwide according to an RBC study from 2018.

Since 2014, Russia is considered a growth market, and many international companies have realized the importance of localization into Russian.

Moreover, Russia is the 5th largest economy in Europe and the 11th largest in the world.

In recent years Russia has been successfully trying to reintegrate into the global market which has resulted in strengthening its ties with Asia, Europe, and to a certain extent – the US.

As a result, in the last few decades, the Russian speaking market has become one of the main growth areas for business.

Additionally, eCommerce services in Russia have been on the rise as internet penetration rates are growing rapidly.

These are only a few of the reasons why the language of Tolstoy has become a valuable and even essential communication tool in the business world.

Clearly, a website in Russian or product localization will push you to the forefront of this constantly growing market.

However, Russia has one of the highest educational standards, so if you want to enter the Russian market, you need to provide a high-quality document or sortware translation.

To ensure poor translation wouldn’t harm your internationalization in Russia, here are 7 common Russian translation mistakes you should avoid:

Russian is notorious for its 6 cases – nominative, genitive, dative, accusative, instrumental and prepositional.

Each case has a specific ending for each number and gender of the nouns. As a result, a noun can have dozens of variations.

If you want to make it even worse, these cases allow for a looser structure of the sentence as compared to English, for example.

In English sentences, there is a rigid word order (subject + verb + object) which can be neglected in only a few rare and very specific cases.

This, however, is not the case for Russian. Have a look:

In Russian, sentence structure is not so strict. This means you can basically put the words in almost any sequence you want without it being grammatically incorrect.

However, this flexibility is a double-edged sword! It is important to make sure each noun has the correct ending since the meaning of the whole sentence could change!

Although sentence structure in Russian is not as strict, you should still keep in mind that each sentence variation might change the style, mood, or the tone of the sentence.

By simply swapping two words one could change the emphasis of the sentence. Have a look at the examples below:

Therefore, sometimes translators have to be flexible and know very well how each of the two languages works so that the translated text sounds natural and fluent.

In some cases, it might be necessary to make some very drastic changes such as swapping the end and the beginning of the original text when translating it into Russian or vice versa.

Context is of critical importance in translation, especially when it comes to Russian as many Russian words have multiple meanings.

Here are a few examples:

The reason why many Russian words have different meanings is because the Russian language has a rather limited vocabulary. It has around 200,000 words as compared to English which has 1,000,000 words.

Moreover, some nouns have masculine and feminine forms. For instance, “кошка” is a feminine cat while “кот” is masculine.

Without context, one wouldn’t know which one to choose when translating to Russian.

This is why, when translating your website or application make sure to provide sufficient reference materials to prevent such blind mistakes.

As you can see, Russian nouns are a bit of a rat’s nest. But what about verbs? Well, for better or worse Russian verbs are as complicated as nouns.

They have different forms for each person, gender, and number (plural or singular). As a consequence, this complicates the use of placeholders.

Placeholders are used to insert variables into system-generated messages, for instance.

In chats you can have a string of words such as “Lily said” or “Mike said”.

In this case, the following template can be used: “<User>said”.
However, this wouldn’t work in Russian.

Although in English we can use the verb “said” with both Lily and Mike, in Russian, it can’t happen since there are separate forms for each gender.

A possible solution would be to create such templates: “<User_female> said” and “<User_male> said”.
However, it is best to avoid placeholders and use them as rarely as possible.

Punctuation rules governing the use of commas, periods, colons, quotes, question marks, etc., in Russian, are considerably differ from English.

Here are some examples:

Here is some more information on Russian punctuation.

A common pitfall when translation into Russian is to overlook the text expansion.

On average, a Russian word contains 7.2 symbols, while a word in English – 5.2 symbols.

For instance, the word “send” in English would be translated as “oтправить” in Russian which is almost twice as long.

As a rule of thumb, when translating a text into Russian, it will expand as much as 20%.

If you don’t consider this, you might end up in trouble! To accommodate text expansion, changes such as adding more pages to a document or changing the font size to create more space might be required.

The real obstacle occurs when translating menu options on a website or an app since space usually is rather limited.

However, this wouldn’t work with longer phrases such as “Send a message by email”. This phrase is translated as “Отправить сообщение электронной почтой” and could be reduced to “Отпр. сбщ. эл. почтой”, which doesn’t look very neat.

Thus, redesigning your product’s interface to fit the whole phrase might be drastic and expensive, but the optimal solution.

Russian Translation Mistakes #7: Too much repetition

In English and some other languages, repetition is not considered a serious problem.

For example, if you use the word “customer” 3 times in the same sentence, it’s perfectly normal.

However, this cannot happen and the word should omit in at least one of the instances, if not in 2 out of the 3.

The reason behind it is that in Russian repetition is considered poor style.

Usually, repeated words are replaced by a synonym or a pronoun.

We hope this article has helped you better understand some of the intricacies of the Russian language and you can now maintain quality of the translations for your products and documents for efficiently.

We can help you perfectly localize your website, app and documents in Russian. Just get in touch. 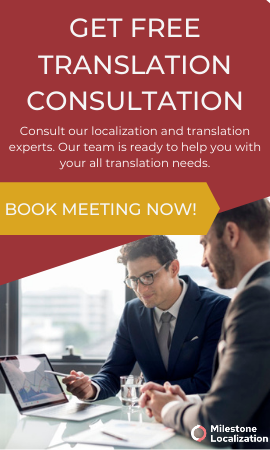 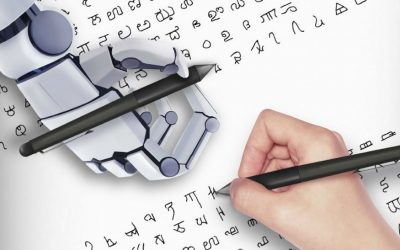 Machine Translation and Post Editing: Everything You Need to Know 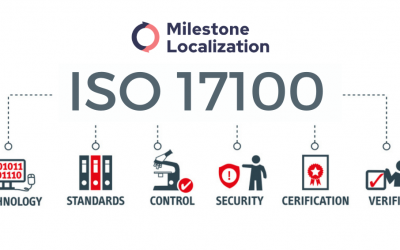 We are now an ISO 17100 certified translation company! Milestone Localization is officially certified on 23rd... 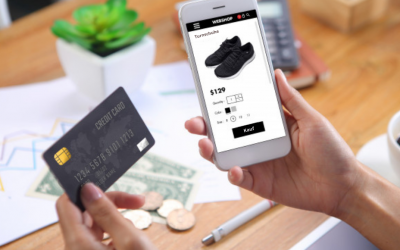 German eCommerce: A Guide to Translation and Localization

If you want to expand your eCommerce business abroad, you should better take a closer look at the European economic...