By Kristina Temelkova
I'm from Stara Zagora, Bulgaria and I'm currently pursuing an English degree at the University of Vienna. My lifelong passions are languages and writing. I speak English, Bulgarian, German and Russian.
Translation | Language
March 9, 2021

What’s the difference between Translation, Transcreation, and Transliteration?

In this globalized world, translation has become an essential tool for success in various spheres such as business and communication. The ever-increasing demand for translation services and their wide application has led to the emergence of different language services. 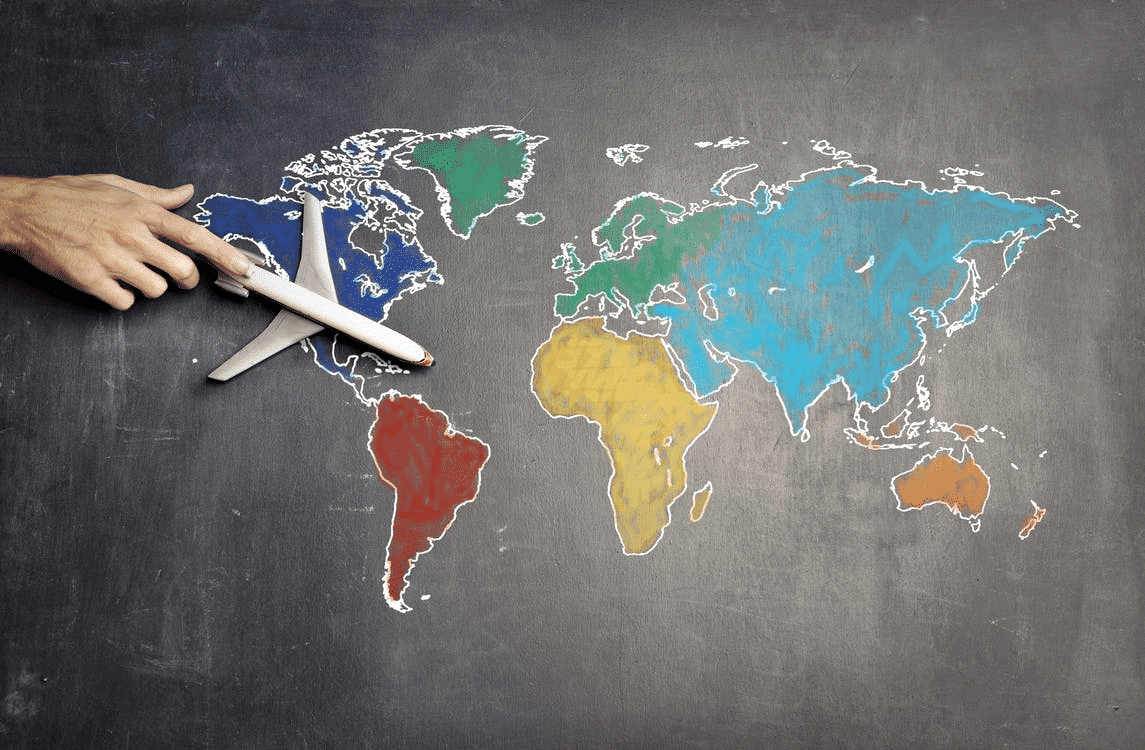 Translation, Transcreation, and Transliteration. These three terms sound very similar and it is easy to get confused. In fact, it is a common misconception that these terms can be used interchangeably.

The truth, however, is that translation, transcreation, and transliteration refer to three completely different processes.

This blog aims to dispel all shadow of a doubt you may have over these three terms. By providing you with more clarity on the matter, you will be able to choose the right service for your needs!

Translation has a long history. According to historians the first-ever translations of text date back to the 3rd century BCE. During the Middle Ages, Latin became the most influential language in Europe.

Hence, many works we know today actually translated from Latin. For instance, Alfred the Great, king of Wessex, England, initiated the translation of Bede’s Ecclesiastical History and Boethius’ Consolation of Philosophy from Latin into the Anglo-Saxon vernacular.

Outside of Europe, the Arabs undertook the translation of scientific and philosophical works of the Ancient Greeks.

It was in the 14th century when the first translation in English made – Geoffrey Chaucer’s Knight’s Tale was an adaptation of Boccaccio’s epic poem Teseida in Italian. 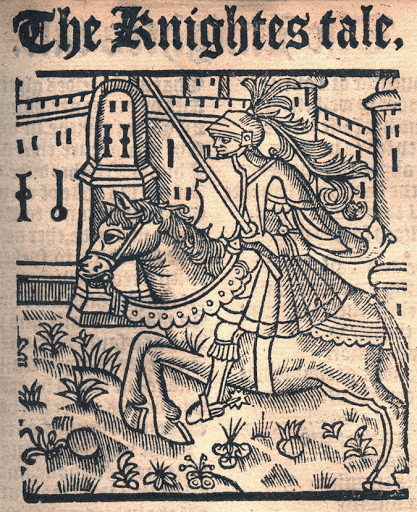 Although human translators play a central role in the process of translation, technology has definitely enabled them to do their job faster and more effectively.

But what exactly is translation?

Many people think that when a translator works on a certain text, they translate it word for word and they tend to forget that different languages work differently in terms of punctuation, linguistic nuances, and structure.

Thus, the translator has to adapt the original text to the grammatical and punctuation norms of the target language as well as the culture aimed at. This whole translation process can turn into a rather creative wordplay.

Translators are required to have native-like proficiency in the languages they work with. Having additional degrees, certifications, and qualifications related to the languages and fields they work in is vital for a successful career in this industry.

Also read: How To Recruit The Right Translator

Some companies that avail translation services even insist that their translators are native in the language they translate into since a native speaker has a greater feeling for their mother tongue.

Still, knowing two languages fluently is not enough to do the job. Translators have usually additional qualifications in various fields of expertise such as law, marketing, medicine, etc. This ensures that they will be able to produce an excellent translation.

Transcreation is a translation process whereby the tone, intention, and style of the original text is maintained in the target text. Transcreation might even involve changing imagery, names of brands and products as well as adapting the slogan of a company to the new market or audience it is targeting. 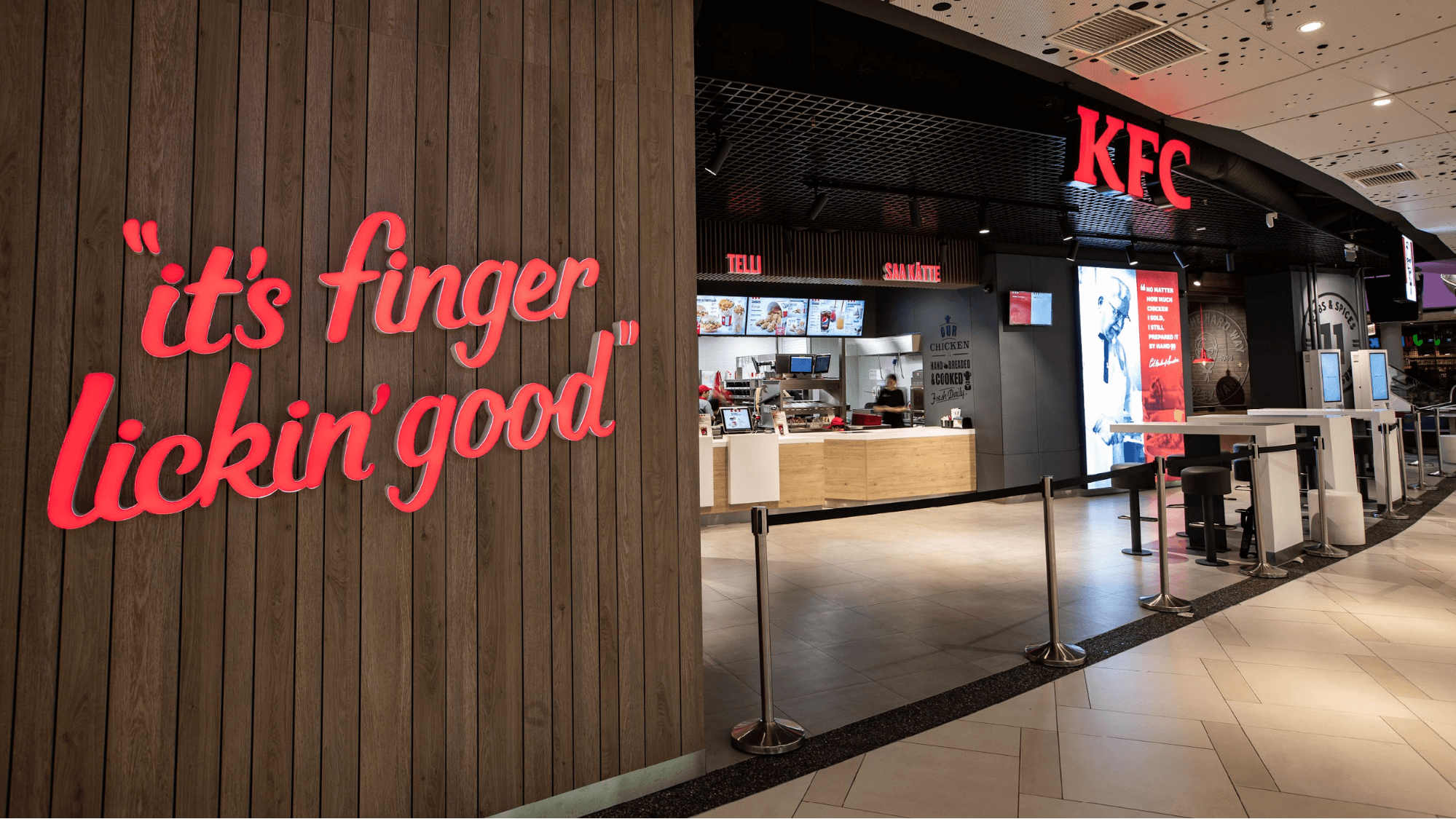 For instance, KFC’s slogan Finger-licking good! was adapted to the German-speaking market as Huhnwiderstehlich gut!. This is an excellent example of transcreation.

Similar to its’ English slogan, the brand has maintained the wordplay in its’ German transcreation. Huhn (pronounced as /hu:n/) means chicken in German which is the most frequently used ingredient in KFC’s products.

The team working on the transcreation of KFC’s slogan noticed how similarly Huhn sounds to the prefix un (pronounced as /un/) in unwiderstehlich (meaning irresistible in English). This is how Huhnwiderstehnlich gut! (meaning Irresistibly good!) was created. 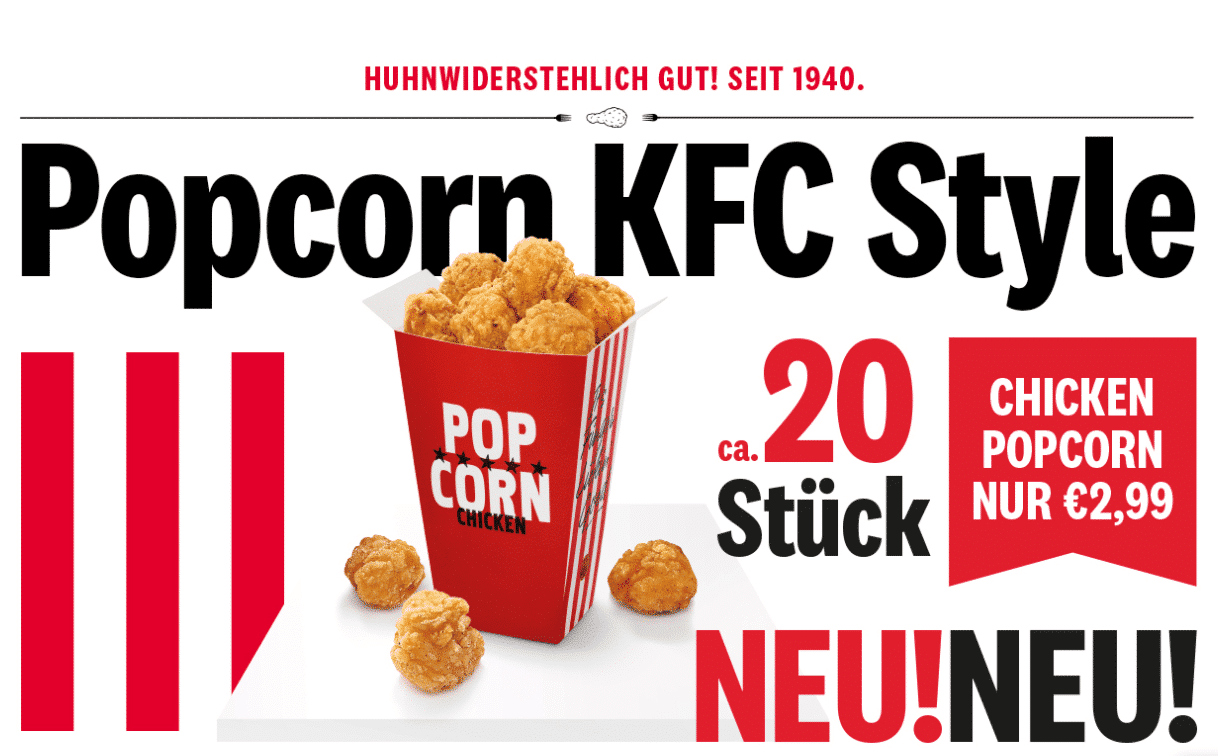 KFC’s slogan is a great example of how transcreation works. Clearly, this a rather a creative process. Sometimes it might require a complete transformation of the content translated so that it can better resonate with the audience and the culture that the text targets.

How is translation different from transcreation?

While translation primarily focuses on communicating the meaning of a text and hence, relying more on using the right words, transcreation takes into consideration not only the meaning of a text, but also its’ style, tone, intent as well as the visual aspects of the source text and adapts it so that it aligns with the beliefs, culture, and traditions of the audience it is aimed at.

Transcreation could be seen as a creative translation of a text whereby the transcreator aims to adapt the main messages and concepts of the source text to the target text.

The transliteration is yet another term that is frequently misunderstood as interchangeable with translation.

Transliteration refers to the process whereby a word or a phrase is transformed from one writing system to another.

For instance, if we have a word in Russian (e.g. “бабушка“, meaning “grandmother”), written in Cyrillic, we can write it with Latin letters (“babushka”). You can see other examples of transliteration: 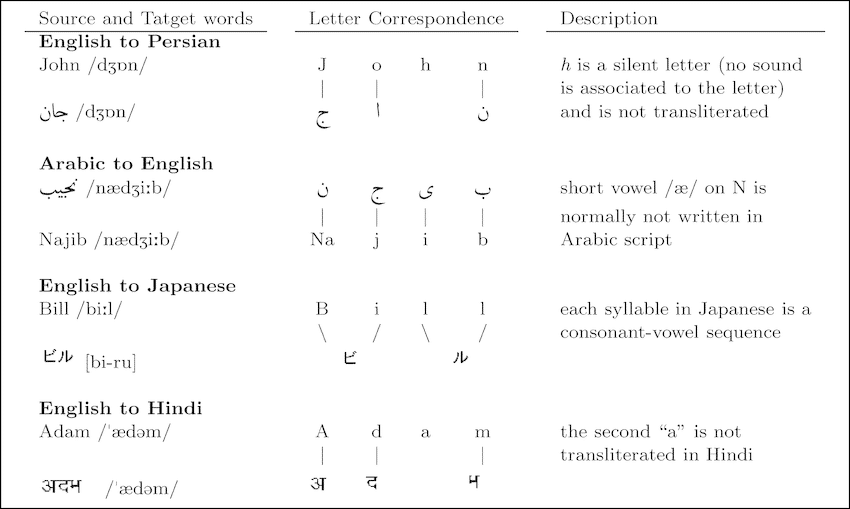 If we go back to the example above, we didn’t translate the Russian word for grandmother into another language, we simply wrote it with Latin letters rather than Cyrillic.

Simply put, transliteration does not tell you what a word means, but it helps you understand how it is pronounced. In this way words are written in the Cyrillic alphabet or with Japanese symbols, for instance, are made accessible to people who can read the Latin writing system.

Also, it should be noted out that proper names do not have standard spelling rules when transliterated. Hence names such as Muhammad can be spelled in various ways (e.g. Mohamed, Mohammad, or Mahomet).

As I have pointed out above transliteration puts emphasis on pronunciation over meaning. This is extremely useful in situations when it comes to referring to different cultures.

If we go back to the Russian language and culture there are certain words (e.g. sputnik, vodka, Bolshevik, tsar) that are now widely used in the English language, however, many people do not realize these are simply Russian words transliterated into the Latin alphabet. What’s more, these words are closely associated with the Russian culture and are usually used in exactly this context.

What’s more, you might be surprised but transliteration is commonly used in our daily life. For instance, it will be nearly impossible to understand the news if it wasn’t for transliteration. Not many of us will understand that Кремль or 京 refer to Kremlin and Beijing, respectively.

Besides the news, transliteration is widely used in restaurants menus where specific foods are transliterated into another writing system so that the customers can pronounce their names.

Although the term transliteration is rather confusing, this process is an essential part of our everyday life.

4. How to choose the right service?

Now that we have cleared up the confusion surrounding the terms translation, transcreation, and transliteration, comes the most important question: Which one is right for you and your project? 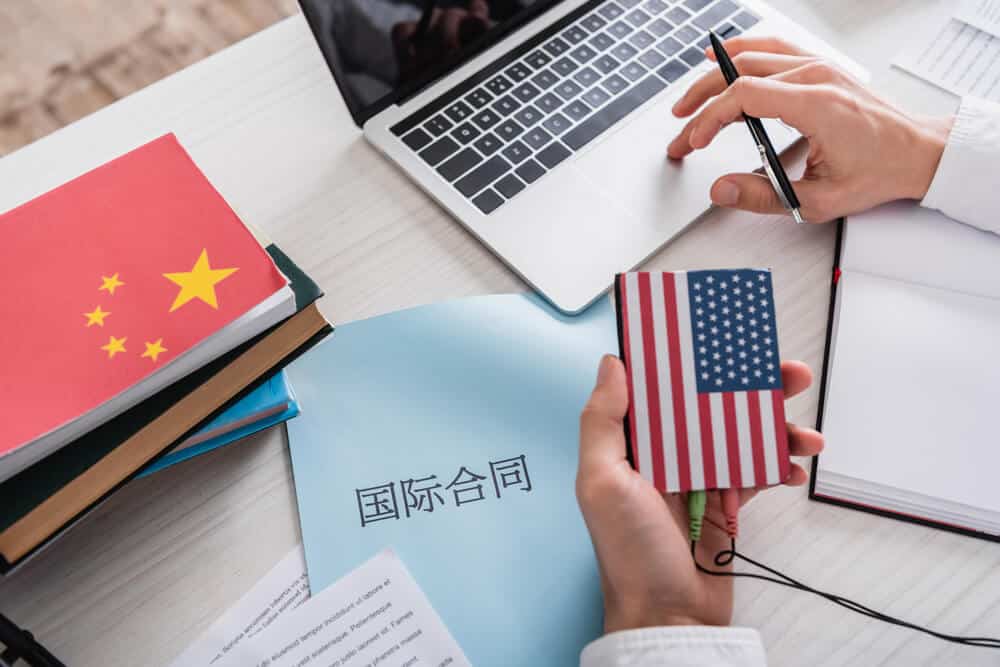 Still, we can offer you a little trick to make your decision a bit easier. As a rule of thumb, the following could be said for these three services:

Clearly, the quality of the translation of your project will inevitably affect your success. A bad translation could damage your brand image or your sales. On the contrary, with a well-done translation, you will definitely hit a home run!

What’s more, in some cases, choosing a single service would not be the most optimal decision. Some projects require the use of two or more services to ensure excellent results. Thus, it is advisable to contact a professional service provider.

Companies, providing translation, transcreation,  and transliteration services, work with teams of professionals who are highly qualified to do all the work on your project.

Localized brands get 86% more clicks than sites available only in English. If your website is only available in English, then you are losing out on customers. If people cannot read the content on your website, they won’t buy your products and...

END_OF_DOCUMENT_TOKEN_TO_BE_REPLACED

Many of us associate Greece with beautiful, sunny beaches covered in white sand and turquoise water. Source Others, when asked about Greece, would think about historical figures such as Alexander the Great, philosophers like Socrates and Plato, or...